This email is sent only to a voluntary subscriber list.
If you no longer wish to receive these weekly columns,
write to me personally - waholst@telus.net


Dear Friends:This week, I provide links to two columnsI have recently created for the Anglican Journaland the Kolbe Times based in Calgary.To introduce you to the latter e-journal please clickhttps://www.kolbetimes.com/Laura Locke is my newest colleague, and I hopeyou will become acquainted with her site. We seemto read many of the same authors and their books.I have a full complement of Colleague Contributions,Net Notes and Wisdom of the Week this time, andI hope you will enjoy this issue.Blessings of the Advent Season!Wayne*****SPECIAL ITEMSMy Anglican Journal Column for NovemberJIMMY CARTER - Social and Personal MentorFor Lifelong Health and Well-Beinghttps://tinyurl.com/sszbeor
--My Current Column for Kolbe Times, Calgary"The Calgary Alliance for the Common God"  https://tinyurl.com/vgncjvz
*****COLLEAGUE CONTRIBUTIONSJim Taylor,Okanagan, BCPersonal Web LogDecember 11th, 2019"Let Your Light Shine"
https://tinyurl.com/suh3cdf
--Martin Marty,Chicago, ILSightingsDecember 9th, 2019"Anti-Anti-Catholicism"
https://tinyurl.com/sqfeu4y

WISDOM OF THE WEEK - December 15th, 2019Provided by Sojourners and the Bruderhof Onlne:The way to right wrongs is to turn the light of truth upon them.- Ida B. Wells-Barnett--Knowledge emerges only through invention and re-invention,through the restless, impatient, continuing, hopeful inquiryhuman beings pursue in the world, with the world, and witheach other.- Paulo Freire--We cannot seek achievement for ourselves and forgetabout progress and prosperity for our community...Our ambitions must be broad enough to include theaspirations and needs of others, for their sakes andfor our own.- Cesar Chavez--Why is it easier for some to imagine the end of fossil fuelsbut not settler colonialism? To imagine green economiesand carbon-free, wind turbine, solar power, and electricbullet train utopias but not the return of Indigenous lands?It’s not an either/or scenario. Both are possible —
and necessary.- Nick Estes--Charity is no substitute for justice. If we never challenge asocial order that allows some to accumulate wealth - evenif they decide to help the less fortunate–while others areshort-changed, then even acts of kindness end up supportingunjust arrangements. We must never ignore the injusticesthat make charity necessary, or the inequalities that makeit possible.- Michael Eric Dyson--The people’s suffering should not be made a motive forresentment and desperation; it should make people lookto the justice of God and realize that this situation mustchange. And if necessary, like those who have alreadygiven their lives, we must be ready to die, but always withthe hope that comes from our Christian faith.How I wish that child, nestled in straw and humble cloth,would speak to us this Christmas of the sublime value ofpoverty! How I wish that all of us who are reflecting herewould bestow divine value on our sufferings great andsmall! Starting today, let us be more intent on offeringto God whatever we suffer.- Oscar Romero
--
ON THIS DAYThe Globe and MailDecember 12th, 1915Frank Sinatra is bornDecember 12th, 1915 Francis Albert Sinatra did not come into this world easily but,
as he would later sing, that’s life. He was born to Sicilian
immigrants in the kitchen of their apartment in Hoboken, N.J.
He weighed 13 pounds and had to be delivered with forceps,
a procedure that caused scarring to his neck, cheek and ear.Thought to be stillborn, he was placed on the counter and
the doctor looked after his mother. After Sinatra’s grandmother
ran him under cold water and slapped his back, he finally started
breathing. Because of the difficult birth, Francis’s baptism was
delayed for several months.When the ceremony finally
happened, he was supposed to be named after his father,
Martin. But the priest mistakenly named him after his
godfather, Frank. His parents decided to go with it.

The nickname,Old Blue Eyes, came later. The perforated
ear drum he suffered at birth caused him no trouble when
it came to carrying a tune. Sinatra became not only one of
the most popular singers of his time but of all time. His
birth was out of his control but from that moment on he
did it his way.
– Dave McGinn(end)*****
at December 14, 2019 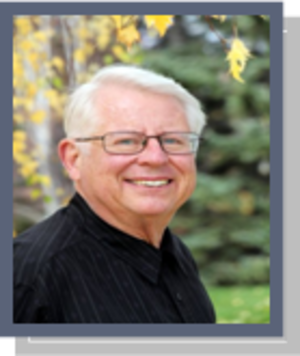